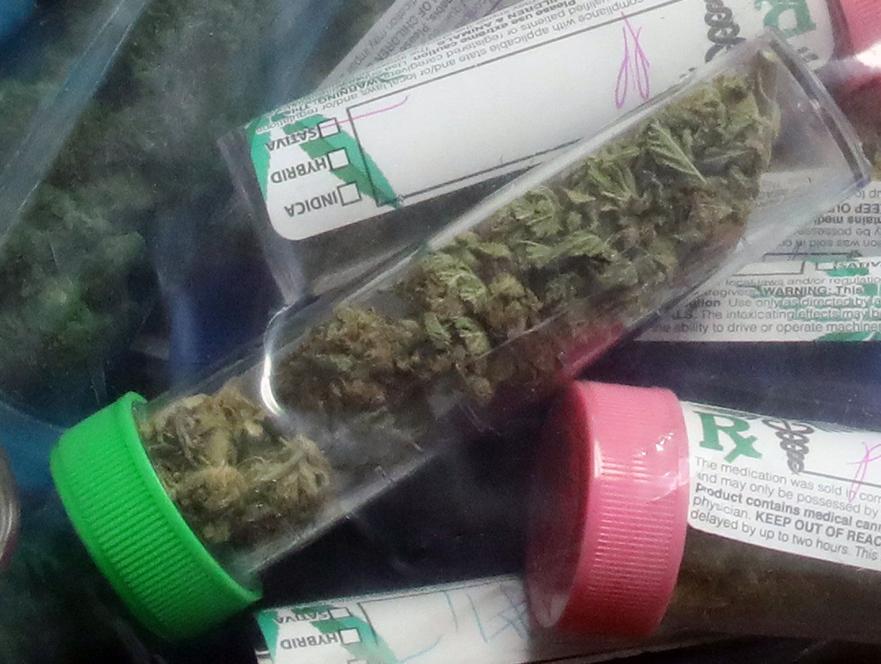 A CBD store owner and registered hemp grower has a different take.

Matthew Neifert, founder of Agape Blends in Rush Twp., said he supports a recreational cannabis bill, but only if it allows residents to grow their own. He has personally witnessed the benefits of medical cannabis and said customers are helped by CBD, or cannabidiol, products.

“As one of 300,000 medical cannabis patients in Pennsylvania, I am not alone when I say cannabis in Pennsylvania needs to become more affordable. Medicine is six to seven times more expensive here in Pennsylvania than it is in some states, like Oregon, Colorado or Washington,” he said.

“Many people choose to keep using opioids or benzos because they are so cheap and easily attainable. Ideally we would want people to limit pharmaceutical intake and grow their own cannabis to treat ailments affordably such as pain, anxiety, and sleeplessness.”

Neifert sells hemp CBD products and also has grown it for two years.

“There are many parallels and crossovers to the recreational cannabis market that probably will not impact my business much at all. Educating people properly and debunking ‘Reefer Madness’ is always high on our agenda. Essentially we are all working together to achieve the same goals: legalization/decriminalization,” he said. “My customers primarily do not want the psychoactive high that THC provides, but they benefit greatly from consuming other cannabinoids like CBD, CBG (cannabigerol) and CBN (cannabinol).”

“We’ve had reps from a dispensary there to answer any questions the patients had and to make the experience less terrifying to those who may never have used cannabis before,” Neifert said. “We also participate in and sponsor the PA Cannabis Festival which attracts 5,000 to 10,000 people to Kutztown, so there is a lot of overlap already between my industry and legal/medical cannabis.”

Should Pennsylvania legalize recreational cannabis, Neifert is hopeful that Agape Blends could become a retailer.

State Sen. Daylin Leach, who represents parts of Montgomery and Delaware counties, recently introduced SB-350, the Adult Use Cannabis Bill. The bill would legalize marijuana and allow individuals to grow it. The bill would also regulate those in the cannabis industry.

“That is what excites me about SB-350, which would enable me to realistically choose between opening a dispensary, becoming a processor, operating a microgrowery of 150 plants, cannabis delivery service, or open a use lounge/bar, all this while growing at home,” Neifert said. “As a second season hemp grower, I would like to think those of us who already deal with the Department of Agriculture, and know the operating procedures, would have an upper hand at procuring some sort of license. It’s a natural next step for me, and as a 25-year cannabis activist, my knowledge and experience will hopefully continue to help people.”

Area lawmakers are not in favor of Gov. Tom Wolf’s pitch to legalize recreational marijuana and funnel proceeds to small business grant funding.

“The governor’s call to legalize recreational marijuana shows a complete disconnect with Pennsylvania families and sends the wrong message to our youth. It only serves to promote vaping, smoking and getting high, and is counter to our efforts to help young people stay healthy and safe during the pandemic,” state Rep. Tarah Toohil, R-116, Butler Twp., said in a statement. “There are children out there who are in a terrible spot right now, living in unsafe homes and isolated from school structures. Many families are also struggling with joblessness, drug abuse and increased domestic violence.”

Toohil said the timing shows a disregard for the consequences.

“I get it, that legalizing marijuana would be a revenue source, but it should not be at the expense of Pennsylvania’s children,” she said.

“I’m not happy with the governor proposing this now,” he said. “I think it’s a stupid idea to bring this up now when we are in the middle of an $8 to $9 billion deficit.”

Eachus started Hemp Health Labs in Montgomery County, which distributes products with hemp and CBD (cannabidiol) oil, according to his page at Linkedin.com. He believes that the hemp and cannabis industry has great potential, noting that licensed growers are farming hemp in Luzerne and Schuylkill counties.

He believes the hemp industry could positively impact the area by creating job opportunities. Many universities are studying the plant for its benefits. He doesn’t think rushing into legalizing marijuana for recreational use is the answer.

“It has been prohibited for 70 years, so there is so little we don’t know about the benefits of it,” he said.

Eachus stressed that the massive deficit was created by a pandemic and that lawmakers should not use politics as a way to fix it.

“Bottom line: The governor will continue to overspend and use pot to feed his spending addiction,” he said. “It will once again require you, the taxpayer, to bail him out. …

“Initially, the governor was quoted in numerous publications as saying he was not in favor of legalizing recreational pot. Why does he want to legalize it now? It is simple. He enjoys taking money that doesn’t belong to him.”

Knowles also worries that legalizing marijuana could cause problems.

“My experience as a former police officer has shown that legalizing recreational pot will increase teen use and lead to more medical emergencies, including traffic deaths if motorists are driving while high,” he said. “The amount of revenue generated from legalization falls far short of the cost.”

“If the governor really cares about Pennsylvania’s struggling economy, he should stop vetoing bills passed by a bipartisan majority in our House and Senate to begin to reopen our economy, especially in those areas that have not been hit hard by COVID 19,” Argall said.

Please verify you are 18 years or older to enter.

WARNING ADULT CONTENT!
This website is intended for adults only and contains age restricted material. By entering you confirm that you are of legal smoking age in the location in which you reside (age 18+, 19+ and 21+ in some areas). If not, please exit now.